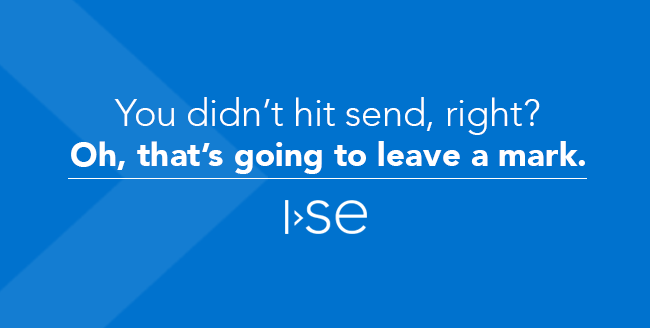 With the beginning of a new year it’s often fun to review what predictions from the previous year proved to be true and which turned out to be wrong.  If one combs through the predictions of recent history, it’s easy to find some of the more interesting one:

“That's why the Colts are picking second every year in the draft, not battling for the Super Bowl.”
– Draft analyst @MelKiperESPN on the Colts taking future Hall of Famer Marshall Faulk over Heath Shuler, who was drafted third by the Washington Redskins in the 1994 NFL draft and considered an all-time bust.

"Two years from now, spam will be solved."
– Bill Gates at the World Economic Forum in 2004.

"Television won't be able to hold onto any market it captures after the first six months. People will soon get tired of staring at a plywood box every night."
–Daryl Zanuck, co-founder of 20th Century Fox

People make predictions all the time. We refer to them as projections, extrapolations, and even guesses. Some are dead on, some are close, and some are flat wrong. But some predictions are so wrong, that you might be convinced they were written by the Onion. The type of prediction that a collective head slap doesn’t do justice. Enter Clifford Stoll.

Back in 1995, Clifford decided to write an article for Newsweek that has become the stuff of legend. Clifford was convinced the internet wasn’t all that great. Not a fad, but nothing revolutionary to be sure.  Let’s stroll through some of his finer thoughts.

“The truth is no online database will replace your daily newspaper, no CD-ROM can take the place of a competent teacher and no computer network will change the way government works.”

I just choked on all the jokes one could make. However, keeping it classy I’ll just respond with wrong, wronger, and wrongest. What else ya got Cliff?

“Then there are those pushing computers into schools. We're told that multimedia will make schoolwork easy and fun. Students will happily learn from animated characters while taught by expertly tailored software. Who needs teachers when you've got computer-aided education? Bah. These expensive toys are difficult to use in classrooms and require extensive teacher training.” 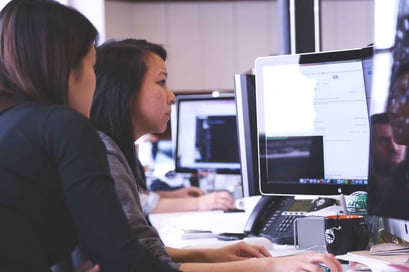 There’s no doubt that we still need teachers, but a wiser person might have foreseen that computers would become a valuable tool in education to be used alongside teacher instruction. A wiser person might also have foreseen that computers would not always be huge, bulky boxes, but would become light and portable, and that as the user base grew, they would become more intuitive and require less training to use them. In fact, ISE may have heard of a company (I’m looking at you FIL) that would disagree on just about every point Cliff tried to make on that front.

Maybe I’m being too tough on Cliff. If my worst predictions were out in the open, I’d look silly too. To be fair, he did have at least one solid point, but let’s save that for later.

Clifford’s thoughts were from 22 years ago, this February. But what similarly bad predictions might we have heard recently in the technology realm?  My prediction is that Meghan Raphael’s July 2016 article, “Here’s a controversial view: 5 reasons why the Internet of Things is doomed” will be a head scratcher 22 years from now as well. The article lays out five areas of concern around IoT. The problem is that these five areas of concern could be applied to just about any other tech advance in history. Old wine, new bottle – and after reading her article, I could use a glass for the headache I have.

Let’s take a walk through some of Meghan’s points.

None of the examples she provides are unreasonable, but they are also perfectly solvable.  In fact, this type of problem has always existed with technology. As the technology matures and standards are adopted and refined, security (and privacy for that matter) does improve. The first release of Windows NT in 1993 was known as “Nice Try” for all its security holes. In a shocking turn of events, Microsoft did not fade into obscurity. Sure, Windows still has weaknesses that can be exploited, but as it has matured, it's improved. The same thing will happen with IoT, and even now, upstream security measures are being developed to account for this well-known and documented security weakness for many IoT devices.

If the government is known as “Big Brother” then it’s time we start referring to the evil corporate empire as “Big Sister.” Yes, it’s true, corporate behemoths (and even the small ones) will try to learn how to sell you more services and increase profits. So, what? Have you ever read about a successful company that tried to make less money? Certainly, there should be provisions in place to allow a consumer to protect their data and have a clear understanding of how companies intend to use it. However, it’s not unethical or horrible to collect data about a consumer’s patterns and use that to suggest or advertise products to them. The collection of consumer data is not unique to IoT and it will certainly continue to grow. Getting a notification from my mobile app that my favorite coffee is on sale is a sure way to get me in the store to stock up.

Meghan has apparently determined this is the moment in time when people will want less time with digital electronics. Good thing I still own my set of Lincoln Logs, I guess. They said the same thing about TV when I was a kid. Last I checked I had access to over 200 channels rather than the three mostly static filled ones I grew up with.  Do I want to unplug at times? You bet. So, I do. Then when I’m ready, I plug back in because of the wealth of information and entertainment I have access to through all of these devices. Sure, a good campfire is nice – I like s'mores as much as the next guy – but there’s a fight for humanity against the zombie apocalypse going on in Xbox land and my Mossberg 500 Tactical Persuader has some rounds left in it. Time to plug back in and persuade away.  If mankind can cure polio and put a man on the moon, I’m sure we can smooth walk digital fatigue.

I have no idea how this can indicate any sort of doom for IoT. Meghan describes what has happened in every new market…. ever… since the earth cooled. A new market is created, many players jump in with hopes of being successful, and eventually the losers fall by the wayside with only a few (often three) remaining to claim the market. She is correct: there currently are no strong standards in place, and Google and Apple are trying to create an economic moat by locking consumers to their device. But as with all wars, there will eventually be a winner, and to the victor go the spoils. Those few that survive will have either dictated the standards or created them upon expelling the competition. It is likely that IoT will go from surviving to thriving when these standards start to take shape.

Yes, the government will likely gather data about you in some way from a connected device. They monitor phone traffic, too, but I haven’t noticed a drop in phone usage. In a perfect world, we could have our devices connected, not need security, and everything would be great. Whether you approve of the tactics used by governments around the world to monitor connected devices, it will continue. If you want to take safeguards against your information being tracked there are likely options--you can probably find some ideas using that crazy internet thing that Clifford indicated was not all that great. But humanity has shown through their consumption that they just don’t care enough to modify behavior. When it comes to IoT, I doubt this will have much influence either. If you make things easier and more connected for people, they are going to use it.

That’s my brief rebuttal to Meghan’s IoT perspective. Many of her concerns are reasonable, but they can be applied to many areas of technical advancement over the past several decades, and what history has shown us is that those technical tools allowed people to make their lives and the world a better place; IoT won’t be an exception to that rule. Whether Meghan is correct or I am, at least one of us can be notoriously wrong 22 years from now. I’m sure she has at least one rock solid point, after all Cliff did;

You know what Cliff, after reading Meghan’s take on IoT, I just might agree with you.

If your company is looking to explore this doomed IoT fad and how to deal with some of the solvable problems Meghan’s article brought to light, contact us and we can make sure your IoT project is a success.