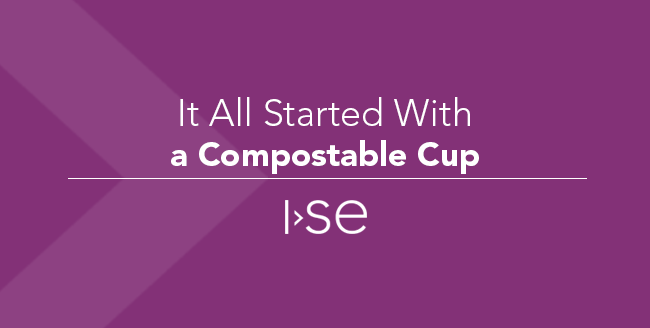 It All Started With a Compostable Cup 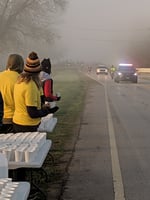 On an unusually cold spring morning in April, my husband and I volunteered to hand out water at the RUN CRANDIC race to raise money for local schools.  When all the runners had passed, we were told to put only the cups in the special garbage bags because they were compostable. Compostable cups? I had never heard of such a thing, but it seemed environmentally friendly. It made me happy.

Are you like me?  Do you often feel discouraged when you hear the news that our oceans will have more plastic than fish by 2050?  Or when you hear that due to climate change we’re in for even more hurricanes, droughts, and wildfires, higher food prices, disease spreading, and species extinction?  Seeing changes like compostable cups gives me hope. Can we make enough changes to our habits to slow or stop climate change?

Composting not only keeps garbage out of our oceans, but it also prevents production of methane which is produced when organic matter in landfills decomposes without oxygen.  Methane is a greenhouse gas that is 36 times more potent than carbon dioxide. So composting not only reduces the waste going to landfills, but also helps reduce the climate change impact of that garbage.  The resulting compost can then be used to grow plants that help pull carbon dioxide out of the air… another bonus! In summary, composting is awesome!

My colleague, Daniela, coordinates ISE’s annual coding garage for students in the summer.  This year there were over 40 students who came to learn how to make mobile apps and to compete for prize money.  Every week they learned about a new topic and they ate dinner.

After the first week, I saw the pile of empty single use water bottles and thought… compostable cups filled with ice water would be better!  I approached Daniela about eliminating single use water bottles by offering compostable cups of ice water. She agreed and suggested that we could also offer lemonade in compostable cups as an alternative to pop.  Then we learned that we could compost the pizza boxes, plates, and napkins as well. By the end of the summer, we were composting or recycling nearly all the waste from the ISE Coding Garage dinners.

It was amazingly rewarding to see the difference we made.  We eliminated over 100 single use water bottles and saved dozens of pizza boxes and hundreds of paper plates, cups, and napkins from the landfill.  In addition, two of the mobile apps students made had environmental themes, and one of them won a prize! One of our volunteers also started participating in his local composting program.  It was very rewarding to know that they were inspired by our efforts.

According to a Reuters poll in December 2018, 72% of Americans are worried about climate change. What this means is that if we offer people sustainable options, the majority of them will welcome those options.  This is good news! There is much hope for sustainability initiatives.

Taking Sustainability Back to the Business

Excited by our success with making the ISE Coding Garage more green, we have approached ISE management about bringing sustainability efforts to our business.  With much enthusiasm, we have transformed our Philanthropy Committee into our new Philanthropy and Sustainability Committee. We now have half a dozen people to help propose and implement environmentally friendly measures. I am always grateful to ISE for the support provided for initiatives that matter to employees.  Tune in for progress updates in a few months!

Do you want to do more?

Here are a few things you might not have thought of that you can do at home.

And last but not least - talk about your efforts with others. You may inspire them to make climate friendly choices, too.

Has your workplace implemented changes to help control the impact of climate change?  What have you tried and how is it going? Join in the conversation below!  And come back for an update on ISE's sustainability efforts. 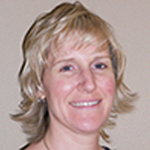 Briana Hoffman is a Senior Software Engineer, currently providing custom software and support for one of ISE’s long term customers. She is also a Certified Information Systems Security Professional (CISSP). Briana enjoys all types of problem solving from meeting customer needs to team organization and optimization. In her free time she enjoys mentoring a high school FIRST Robotics, volunteering, and learning languages. 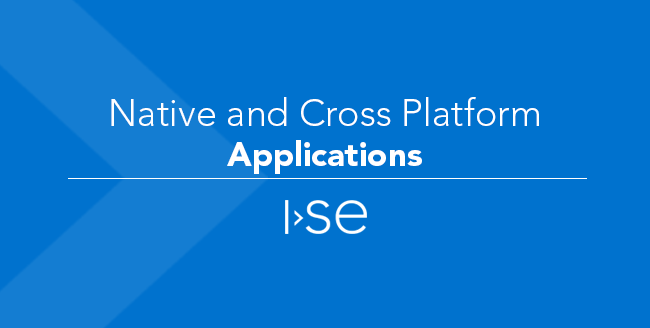 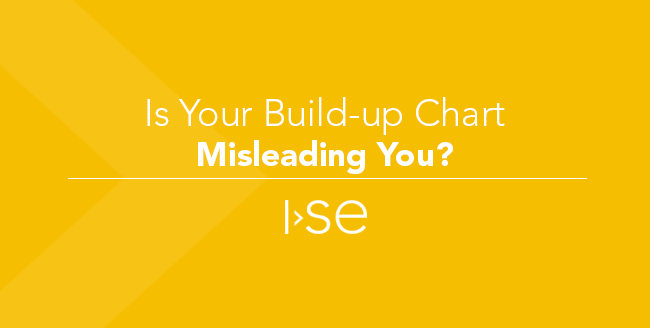 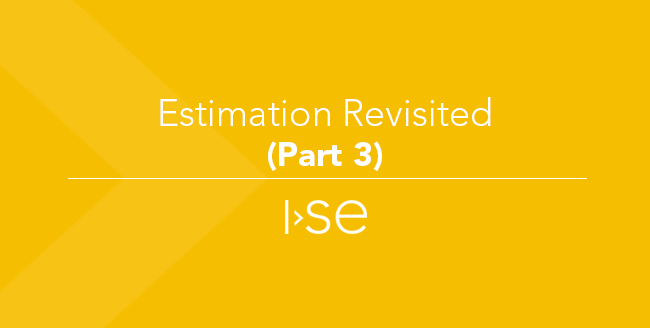