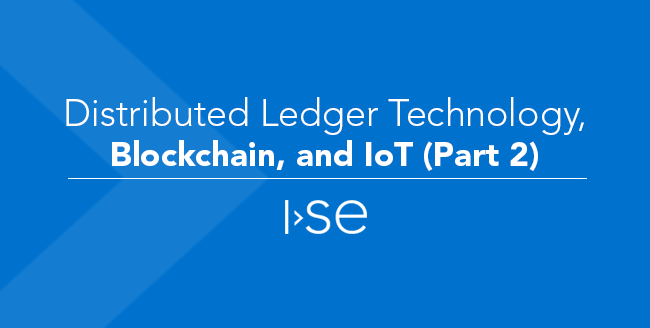 In our previous post the definition of Distributed Ledger Technology (DLT) was introduced.  In this post we will go further in understanding the various types of DLT systems that can exist.  Recall from our previous post three key factors in defining the taxonomy of DLT; how to distribute the ledger, if the ledger is public or private, and who is responsible for maintaining the integrity of the ledger (permissioned/permissionless).  The figure below provides a graphical reference for keeping those three characteristics in mind. 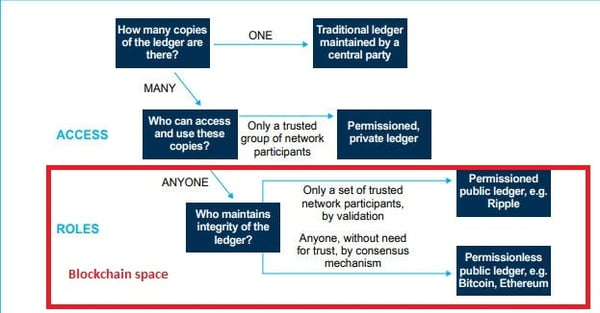 Returning to our banking example, the traditional bank with a client-server approach to operations would map to the model of the upper-right block in the figure above.  The bank has the only copy of the ledger that records all transactions across all bank accounts.  If we remove the constraint of only having a single copy of the ledger and instead maintain ‘Many’ copies of the ledger while allowing ‘Anyone’ to have access to the ledger, we enter the space where blockchain is one of several types of systems that could exist.  When focusing on blockchain systems we are left with one open question; is the blockchain permissioned or permissionless?

Permissionless blockchains, Bitcoin being the best known example, have gotten an increasing amount of publicity over the past several years. The thought is that these systems provide boundless opportunities because, among other things, they solve the ‘trust’ problem.

If you have a centralized ledger, who do you trust to maintain, view, or edit that ledger?  How do you guard against hackers?  With a permissionless blockchain the answer is you trust nobody.  You eliminate that problem by having all nodes maintain an ever-growing list of transactions that could only be hacked if someone could gain control over a majority of the nodes at once in order to modify the ledger.  This is why some people describe such systems as 'unhackable'.

If you assume for the moment that the system is unhackable, it still won’t take you long to realized that you’ve simply swapped problems.  You may now have an unhackable system, but you also have a new problem; an ever-growing list of transactions.  If you have infinite memory, power, and space that’s not a big deal, otherwise you may have some issues.

While some have suggested that permissionless blockchain systems are exactly what we need to address the security issues seen in IoT systems, that ignores the fact that many remote devices gathering and reporting data have limited space for storage and are low power devices; neither of those things make them agreeable with an ever-growing list of anything.

This is where the permissioned blockchains appear to hold some promise in addressing how blockchain technology can be leveraged by the IoT space.  If only certain nodes on the network – namely those with adequate power and memory for the problem space – are required to validate and maintain the integrity of the ledger, then we can harness the power of blockchain technology while addressing the security concerns around the IoT space.

That’s exactly what we’ll explore in our next blog post where we expand further on permissioned blockchains and where they are already being used in the IoT space!

Do you have questions about DLT or blockchain? Let us know what you would like to learn about in the comment section below or contact us! 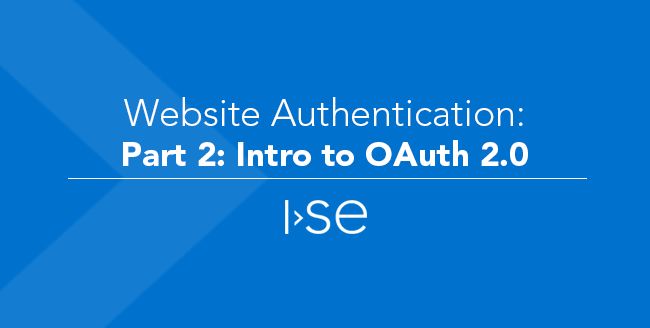